Chirality is one of the most fascinating and ubiquitous cues in nature, especially in life. The effects of chiral surfaces on stem cells have, however, not yet been revealed. The investigation revealed that the surface molecular chirality influenced the differentiation of stem cells, probably via favored adsorption of cells on the surface of materials. The paper by Dr. Xiang Yao as the first author was published in authoritative biomaterials journal Biomaterials (Xiang Yao, Yiwen Hu, Bin Cao, Rong Peng, and Jiandong Ding*. Effects of surface molecular chirality on adhesion and differentiation of stem cells, Biomaterials, 2013, 34, 9001-9009). 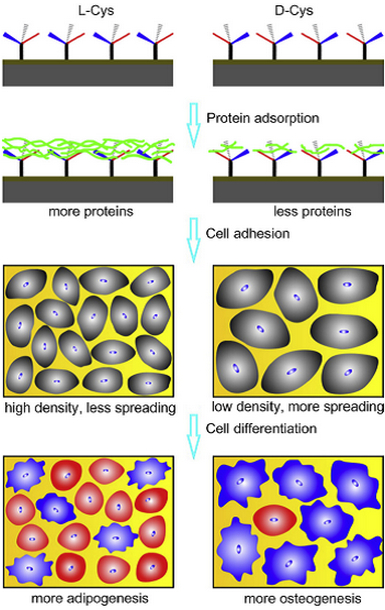