It has been reported to control cell behaviors via patterns, but the control of cell nucleus shape was rarely reported and the severe deformation was unexpected. The research of Prof. Ding group revealed that cell nucleus could be severely deformed via micropillar patterns.

Subsequently, they designed different patterns and realized different kinds of control, including crosses, ball with hillock, dumb-bell shape, squares and so on. This paper has been published in Biomaterials (IF=7.882) 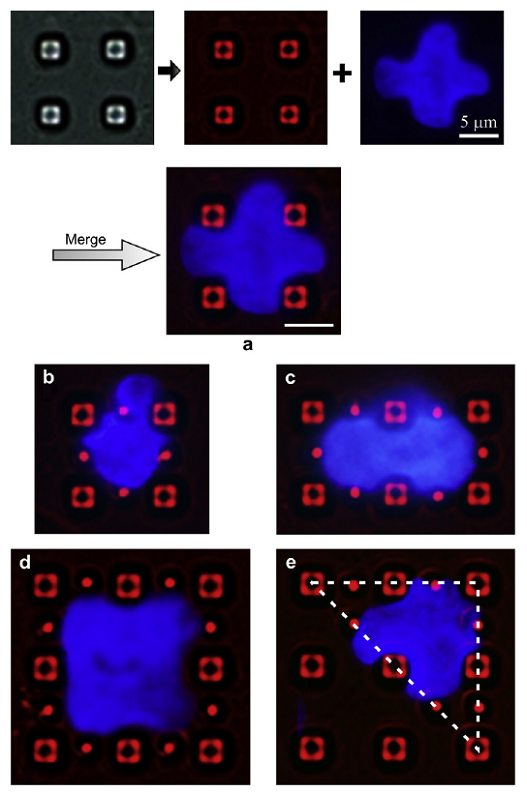