Understand the material cues to regulate cell behaviors is critical for developing biomaterials. As a cue of material chemistry, functional groups might play an important role in regulating cells including stem cells. 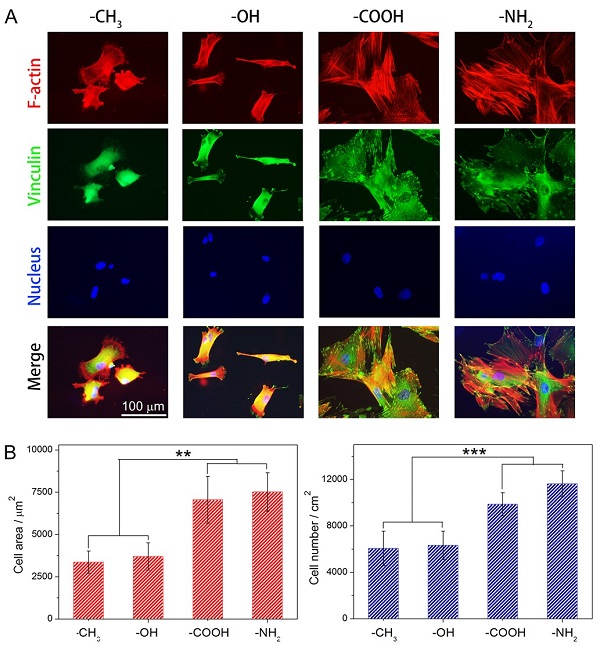 The above figure shows fluorescence micrographs of cells with F-actins, vinculins and nuclei stained after the MSCs underwent chondrogenic induction for 9 days on surfaces with indicated different functional groups, and statistics of spreading area and cell density on surfaces.