Ph.D candidate Zhitao Zhang of Prof. Huisheng Peng research group won the Graduate Student Award from Materials Research Society (MRS) on December 1st, 2015, owing to his excellent research achievements on organic optoelectronics. MRS is an organization of materials researchers worldwide that promotes communication for the advancement of interdisciplinary materials research and technology to improve the quality of life which was founded in 1973. MRS now consists of over 16,000 members from the United States as well as nearly 80 other countries. The MRS meeting is held twice in a year, and it is the most famous international interdisciplinary materials science society that involves multiple disciplines, such as materials, physics, chemistry, biology, energy and so on.
MRS Graduate Student Awards are intended to honor and encourage graduate students with high level of academic achievements and promising research future. The Gold and Silver Graduate Student Awardees were honored at a special recognition event and announced during the Awards Ceremony. 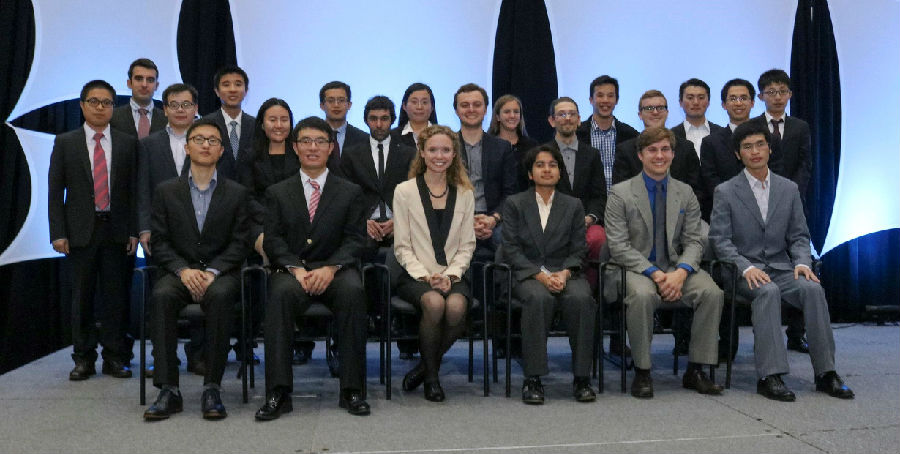 There are 29 excellent Ph.D candidates won the MRS Graduate Student Awards at this time, and most of them come from the United States and Europe. Zhitao Zhang is one of the two MRS Graduate Student Awards recipients who come from Asia. His research centers on novel fiber-shaped optoelectronic devices including polymer solar cells and polymer light-emitting electrochemical cells. He has published 28 papers with 8 as the first or co-first author including 1 at Nature Photon., 2 at Angew. Chem. Int. Ed., 2 at Adv. Mater. and 1 at Adv. Energy Mater., contributed 4 book chapters and applied 4 patents with 1 royally transferred. He has got many awards including National Fellowship (2013 and 2015), BASF Fellowship (2013), first-year Ph.D. students fellowship (2014), Academic Star Award of Fudan University (2015), “Guanghua Independence” Award. 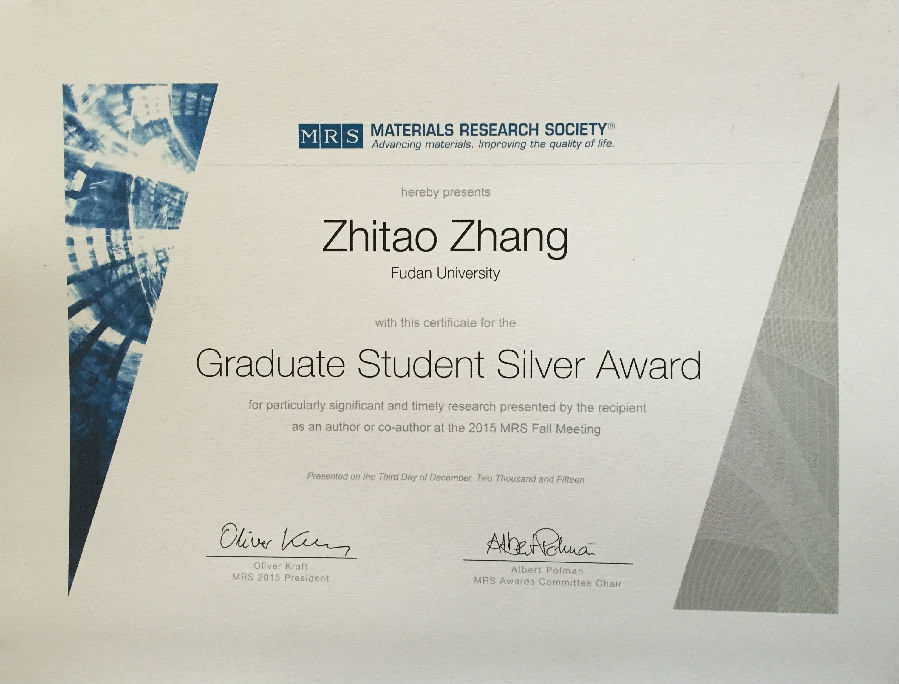